A Sobering Dose of Reality from Economist Steve Keen 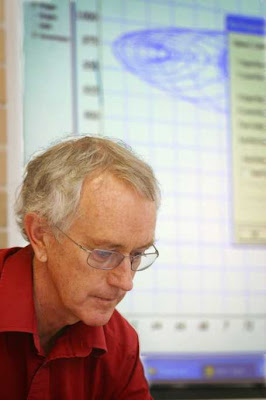 Tired of the same old US-based bears such as Nouriel Roubini, Peter Schiff and Doug Kass? Sick of hearing the US is in deep trouble argument from Marc Faber and ex-pat Jim Rogers? Then, for those of you who are not familiar with the most outspoken Australian Nostradamus, let me introduce you to economist Steve Keen. Keen is one person who can legitimately contend that he saw the crisis coming and even warned about the potential impacts extensively on his website. Keen’s writings serve as another example of how nonsensical the claim is that “no one could have seen this coming;” a refrain that you hear from politicians around the world who want to remain blameless for the current economic calamity. Keen is a straight shooter who pulls no punches in his criticisms of other economists, political leaders, and central bankers all over the globe. The reason it is important to listen to him now is that he is still pounding the table about the debt overhang that is plaguing the Anglo-Saxon world. Unlike the bubble-perpetuating pundits you see on CNBC, Keen does not believe economies can recover from the implosion of a debt bubble by printing money or through just the passage of time. As such, he happens to believe that both the US and Australia are on an unsustainable path that may lead to an even larger crash.

I have embedded a video below of a must watch presentation from Keen. Here is a preview of some of the topics covered and associated commentary:

o In fact, according to Keen calling Friedman a Keynesian is like calling the devil one of God’s angels

§ Need a meteor strike or something

· Commentary on the prescience of Minsky and how his theories on instability, banking, and crises are essential to understanding what the global economy is facing

· Reminder of the fact that there were in fact 2 bubbles in the US, a stock market and a housing bubble, both of which were driven by excess debt

o US Debt to GDP before the Great Depression: 170%

§ Same dynamics that existed before the Great Depression are exaggerated now

o How scary is that a man who believes that human beings act rationally under uncertainty is the one trying to navigate the US out of this mess?

· Step by step explanation of how money is created by banks

· Need for deleveraging in the Australia and in the US

o In Australia, 8% debt reduction occurred in the 1930s

§ Took a world war to get debt levels down

§ 4% debt reduction occurred in the 1890s during that depression

§ Unemployment is being driven by deleveraging

· $2.5 trillion rate of deleveraging in US this year