Readers,
For those of you who are not yet familiar with Santangel's Review, now is a great time to become acquainted with the site. Santangel's Review is a quarterly newsletter that profiles emerging and undiscovered value investors. But, it is different from Value Investor Insight in that it is not focused on Q&A sessions with managers. Instead, the authors provide a narrative of the history of the firms, the people who run them, and the key investment decisions. In reality, the publication reads much more like a short story than a simple profile. However, since it is written by two security analysts, the descriptions of the investments are robust and very in-depth.
For anyone interested in understanding the investment process of managers who have generated exceptional returns over a long period of time (but who operate under the radar), I highly recommend going to the site and downloading the free copy of the first issue. If you like what you see (and I truly believe that you will), please click on the link provided on the site and think about subscribing to the newsletter.
In addition, aside from the newsletter and subscription materials, the site also has a blog that is now up and running. As such, I wanted to call your attention to a piece that was posted today on the site. The authors have transcribed the presentation to the Financial Crisis Inquiry Commission by David Einhorn of Greenlight Capital. I have not seen this posted anywhere else on the web and it is a fascinating read. Here is the link to the posting if you are interested: http://www.santangelsreview.com/2011/02/28/david-einhorn-financial-crisis-inquiry-commission-interview-transcript/
I suggest bookmarking the site as the authors have a knack for finding material that is not available anywhere else. I also hope that you will consider subscribing. You will not be disappointed.
Enjoy the site,
The Inoculated Investor
(Disclosure: I have a close friendship with the authors of the site. I also have helped in the editing of the newsletter. However, I have no financial stake in the endeavor and truly believe that the publication is like no other investment newsletter I have ever seen.)
Posted by Ben at 8:20 PM 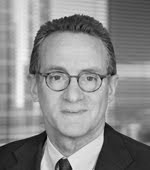 Readers,
One of the perks of being in school again is that I get access to a number of great investors who take time out of their busy schedules to speak to the UCLA Anderson Student Investment Fund. As a group, we are very fortunate that our advisor has a relationship with the President of Oaktree Capital, Howard Marks. Mr. Marks was gracious enough to spend close to 90 minutes with me and my classmates this past Monday.
I first became aware of Oaktree in March of 2008 when a copy of the latest memo from Howard Marks came across my desk. The memo was entitled "The Tide Goes Out" and after reading it I decided to email the contact person listed on the Oaktree website, begging her to allow the investment community to have access to all of previous memos. While she was reluctant at first, all of them are now available.
At the time, I was living in New York and was working for an equity-focused hedge fund. Consequently, I had no idea how prominent a firm Oaktree was in the fixed income world. However, since moving out to LA and meeting investors who live and work in the area, I have learned just how well-respected Oaktree is. Not surprisingly, I have read every memo released since March of 2008.
Further, my first opportunity to hear Mr. Marks speak was at a Wharton Hedge Fund event in New York. I have been lucky enough in my young career to have met and listened to a good number of very savvy investors discuss their investment philosophies. However, to this day one particular comment from Mr. Marks has stuck with me. He said that his main job is to manage risk and to protect capital. As a value investor, that mandate really resonated with me. I think it fits in perfectly with the margin of safety concept that I try to incorporate in all of my stock analysis.
Fortunately, Mr. Marks' wisdom will soon be available for all of us to consume. He has written a book called The Most Important Thing that can be pre-ordered on Amazon now and will be available on May 1st. I have already put it on my Amazon wish list and humbly suggest that you do as well. However, if you cannot wait that long, check out this interview on the Financial Times' website with Howard Marks (Update: link is fixed) from last November.
Finally, Mr. Marks has graciously allowed me to post the notes from the event last Monday. Given the length (no, the notes are not quite as long as those from the Berkshire Annual Meeting), I have put the notes into a Scribd format. The settings should allow you to download a PDF copy. But, if you have any trouble, feel free to email me and I will send you a copy.
I have to say that even after following Mr. Marks for the last few years, in person, his temperament and the way he articulates his investment philosophy far exceeded my expectations. I hope you enjoy the notes.
Sincerely,
Ben
(Picture of Howard Marks was taken from his bio page on Oaktree's website)

My Second Article on MarketWatch

On February 1st, the second article that I co-wrote with WCAM President Lance Helfert appeared on MarketWatch. The article is about just how international the S&P 500 companies have become. My point is that even if the US continues to be in an economic funk, companies with operations all over the world and that have access to growing economies may continue to prosper. In reality, this is my attempt to temper my currently bearish stance on US stocks. See if you agree with my premise...
http://www.marketwatch.com/story/sp-500-is-the-best-international-play-2011-02-01

SANTA BARBARA, Calif. (MarketWatch) — The U.S. economy is toast and prudent investors should stay away from U.S. stocks.

At least that is the belief espoused by a number of bearish market commentators who see the U.S. budget deficit, troubled housing market, and dependence on consumer spending as reasons that economic malaise will continue for years to come. And what if they are right? What does that mean for a stock market index such as the S&P 500 Index(SPX 1,325, +5.52, +0.42%) going forward? Perhaps not as much as one would think.

The reason is that many companies in the S&P 500 generate a substantial amount of revenue outside the U.S. According to Standard and Poor’s, of the 250 S&P 500 companies that report detailed information on foreign income, 47% of sales were generated outside the U.S. in 2009. This represents a 7% increase from 2006 with growth primarily coming from Asia. Accordingly, most investors have significantly more international exposure than they are aware of. In fact, the S&P 500 is positioned well to benefit from a major international secular trend that is likely to accelerate in the coming decade.

Specifically, the development that will drive spending growth across the world is improved living standards. Residents of the U.S. live in a modern country with seemingly endless amenities and access to a dizzying array of goods and services. As such, it is often easy to forget that developing nations do not necessarily have the same access to the goods that Americans take for granted.

However, as incomes rise and emerging economies become more advanced, citizens of these countries are going to demand the same standard of living enjoyed by their counterparts in developed nations. They will eat more meat, burn more fuel, buy more luxury goods, and desire the most advanced drugs and new technologies.

Populations of countries such as China and India dwarf that of the U.S. Even a small increase in the percentage of people who can afford more goods leads to a huge jump in the number of potential customers available to U.S. companies that have overseas operations.

For example, according to an October 2010 release from China’s Ministry of Security, the total number of automobiles in China is around 85 million. In contrast, according to the U.S.’s Bureau of Transportation Statistics, in 2008 there were approximately 137 million passenger cars in the U.S. This means that there are approximately 0.45 cars per person in the U.S and only 0.065 cars per person in China. If the ratio in China were to reach even one-third of the U.S. ratio, there would be nearly 200 million cars in China. Any material increase in this ratio for China would have a profound impact on energy consumption, global energy prices, and the global economy. Does anyone doubt that this ratio won’t increase?

None of this should come as a surprise to those who follow the global equity markets. Since the U.S. is expected to be stuck in a slow growth environment for a number of years, it is only logical that investors will continue to seek international exposure. But what is the best way to gain such exposure, and is the anticipated growth already reflected in foreign company valuations?

For the average investor, the answer to the first question is not to go directly to the source. While betting directly on emerging markets through their local stock exchanges may sound exciting, there are many risks that have to be taken into consideration. Such risks include lower liquidity and regulation, as well as higher volatility, currency risk, political risk, and risk of fraud. Second, many high-growth companies are already priced to perfection and assume that aggressive growth targets are met.

Despite the fact that the secular growth story in the emerging markets is so well known, many world class companies in the S&P 500 trade at cash flow multiples that do not reflect their significant exposure to these trends.

Take personal and health-care company Kimberly-Clark Corp. (KMB 65.01, -0.06, -0.09%)Aside from a slight blip in 2009, KMB has achieved consistent revenue and earnings growth since 2005. More importantly, revenue in Asia and Latin America increased more than 52%. KMB is an attractive company because of its exposure to international markets and the fact that its products are associated with a better quality of life. Irrespective of those positive aspects, KMB is currently trading at approximately nine times trailing cash flow with a dividend yield of 4.1%. Thus, KMB is precisely the type of company that should be enticing to investors looking for exposure to growth in developing markets.

Bears may be right and the U.S. economy may stagnate for the foreseeable future, but this concern should not cause investors to shy away from select U.S. companies with attractive valuations and international growth prospects.