Exclusive Notes from a BB&T 1-on-1 Conference 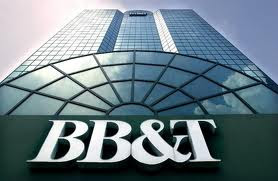 (Disclaimer: The opinions included in the following posting belong to me and do not necessarily reflect those of Cove Street Capital “CSC” or any of its employees. The information in this posting should not be considered as a recommendation to buy or sell any particular security or to encourage anyone to invest with CSC. Past performance of CSC is not a guarantee or indicator of future results.)

Now that I am working on the buy-side on a full time basis again, I get to employ my note taking skills in variety of new mediums. Specifically, one of the perks of having relationships with sell-side firms is that it affords Cove Street Capital the opportunity to have its analysts meet with management teams from all over the country and world. In this case I had the opportunity to attend the recent BB&T 1-on-1 conference held in San Francisco. What I like about these types of conferences is the intimacy. In my former life on the buy-side I attended dozens of sell-side conferences in which 30 or 40 people packed into a small room to hear a pre-canned pitch by the management team of a specific company. While such conferences can be valuable and enlightening, I happen to believe that I learn a lot more when I have a chance to sit down in front of a CEO or CFO and ask targeted questions.

Not only does a 1-on-1 conference make me perform a significant amount of diligence on the companies I am scheduled to meet with, but it also allows me gain a granular knowledge that is often not accessible at less intimate affairs. So, kudos and a big thanks to BB&T for putting on a very well-run and informative conference at the Ritz-Carlton in downtown San Francisco.

On the day of the conference, I met with the management teams of eight different companies. Most of the meetings were 1-on-1’s but a couple were 2-on-1’s. Given that I only had a few days to prepare to meet with eight new (to me at least) companies, I was unable to perform the level of diligence I would have liked. However, in each case I had at least read the company’s most recent 10-K and 10-Q filings and had come up with a list of value-investor-oriented questions. The notes I took solely include my impressions of what was discussed and certainly do not represent the opinions of Cove Street or BB&T.

The list of companies and my notes are included in the Scribd document attached to this post and the Google Doc available here. However, I wanted to make some brief comments about each of the companies as a preview of what is included in the notes. You will notice that I have only posted the notes from seven of the firms as we are holding back on releasing the notes from one unnamed smart metering company that looks compelling on a secular trend and valuation basis.

Diamond Foods: A company in the midst of a very interesting and profound expansion after the acquisitions of Kettle Foods in 2010 and Pringles this year. Diamond is transforming itself from a low margin, nut-focused company to a higher margin, chip and popcorn producer.

CIBER: An IT consulting company in the midst of a turnaround after a change in management. The long struggling US operations are being centralized in an attempt to improve profitability and leverage the knowledge and skills transferred from the very successful European operations.

Perficient: Another IT consulting company that, unlike CIBER, is not focused on ERP implementation. Perficient is uniquely focused on continuing to grow in the US while maintaining its pristine (debt free) balance sheet.

Kansas City Southern: The smallest remaining independent Class 1 railroad company left in the US. KSU has some very interesting opportunities in Mexico and has what looks like a monopoly granted by the Mexican government. Also, read the notes for the CFO’s comments on Berkshire’s purchase of BNSF.

Tyson Foods: A meat protein company that is also very involved in prepared foods such as pizza crusts. The stock is trading at a low multiple because the chicken business has been hit by an oversupply of chickens and rising grain costs. However, the company thinks the chicken opportunity in China is huge (see KFC’s success in that country) and that the higher margin beef and pork businesses are being overlooked by investors.

Gorman-Rupp: A pump company that does nothing but keep its head down, execute, and make targeted acquisitions to help with growth. Accordingly, the company trades a much deserved premium. Gorman-Rupp is a Buffett-like company that investors should look to own at the bottom of an economic cycle when the market is sure the global economy will never recover.

Kirby Corp.: The largest marine transportation barge company in the US with about 28% market share. This size and scale allows the company to make money when the rest of the industry is struggling. Kirby strives to be one of the only rational players in an industry prone to overbuilding that causes utilization rates and prices to plunge.

As usual, if you have trouble with the Scribd document or the Google Doc, feel free to email me for a PDF copy of the notes. This site has been built through the posting of exclusive and unique content and even though my circumstances have changed a bit I hope to keep creating content that readers find valuable and informative. I hope you enjoy the notes!